Email to residents from CAP regarding last night’s tragic incident: 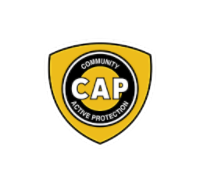 Last night an incident occurred in which a community member tragically lost his life.

A while later, at an unknown location in Midrand, the suspects were met by another suspect motor vehicle, possibly a red Toyota Hilux with three suspects inside. The suspects proceeded to drop the victims at this location before fleeing. Regrettably, the victim that was shot succumbed to his wounds.

The hijacked vehicle was recovered this morning in Midrand.

CAP are currently obtaining footage and allocating the necessary resources to be able to provide the SAPS with information that will aid in the investigation.

In addition, CAP are offering a R50 000 reward for information that leads to the arrest and successful conviction of these criminals. We urge anyone who can provide information to call us on 0861 227 227, we will treat all information with the utmost confidentiality.

We wish the victim’s family, friends and the Bryanston Riverclub Community strength during this difficult time.

Yesterday (7 June) saw the culmination of a joint operation between CAP‘s Special Operations Team, the JMPD and the City of Joburg, to […]

See invite below! Please make an effort to attend!

Belgrave Bridge Closure Update – 20 October 2016 Just a quick update on the progress made so far. Representatives from the BRCF […]